Otherdeed replaced NBA Top Shot on the ranking of the NFTs with the highest total turnover of all time in August. Thus, the Bored Ape Yacht Club (BAYC) NFT project reached a new milestone.

The number of individual buyers and total transactions for NFTs in August is far below the values at the beginning of the year. The month even turned out to be the most difficult of the year for the digital collectibles sector.

Despite the mentioned circumstances, Otherdeed has overtaken other established projects such as Azuki, CloneX, Moonbirds, VeeFriends, Doodles and Meebits with the NFT sales volume during this period.

Otherdeed belongs to the BAYC and, according to the data of the NFT aggregator CryptoSlam, has a total turnover of about $ 1.035 billion.

The NFT project kicked off August with a total revenue of $ 1.02 billion and eventually overtook NBA Top Shot, one of the most popular projects in its category.

Otherdeed’s popularity recorded a jump in the last four months

On the last day of April Otherdeed was launched as part of the Otherside-Metaverses, which also belongs to the BAYC. It is a Dynamic NFT built as a collection and contains all the essential game elements. In addition, users need Otherdeed to be able to claim land in this metaverse. Otherside is the largest expansion of the BAYC NFT universe and is directly connected to the ApeCoin ecosystem.

Obviously, the Metaverse benefits from its connection to the BAYC project with a turnover volume of more than $ 2 billion, as well as from the demand for ApeCoin (APE). In March, the crypto currency APE brought investors a profit of more than 3,000 % a, while Otherdeed had sales of around $943.7 million in May.

As the diagram above shows, more than $400 million in sales were generated in the last hours of April 30 by the end of the first day in May.

The hype around Yuga Labs’ latest project only returned to normal in June, when sales slumped to about $ 40.6 million. This is a decrease of about 95%.

In line with the declining prospects in the market, sales continued to decline to $ 30.9 million in July and fluctuated around $ 20 million in August.

Ranked 10th in the top NFTs by total turnover, NBA Top Shot, was overtaken by Otherdeed in the last week of August.

The digital collectibles with the best moments of the National Basketball Association had according to data from the NFT aggregator CryptoSlam, a total turnover of $ 1.027 billion.

Top Shot was launched in 2020 through a partnership between Dapper Labs and the NBA. This is an NFT marketplace where basketball fans can buy, sell and exchange NBA video clips.

In 2021, the entire crypto finance sector grew to a record market capitalization and an NFT mania flooded the industry. After a monthly turnover of less than $ 1 million in 2020, NBA Top Shot finally reached an all-time high (ATH) of $ 224 million in February 2021.

Other important months were March ($ 208 million), April 2021 ($ 82 million) and January 2022 ($ 59 million). After the new high, the market was caught in the first half of the year by the downward trend that began in December. Consequently, sales of NFTs entered a downward spiral.

By June, sales gradually decreased to $ 7 million, which is an 86% decrease from January.

Due to a recovery in the entire market in July, the figures rose again to $ 8.3 million.

The growth of the NFT market and the introduction of the Web3 and the Metaverse were significant reasons for the explosive development of both projects at that time.

How have the two cryptocurrencies developed alongside their respective projects?

Reaction of the APE course

Reaction of the FLOW course

Previous Post Changpeng Zhao: How did the Binance CEO Become a Crypto billionaire?
Next Post Bitcoin Price Forecast: Will the BTC price fall to 13,880 USD? 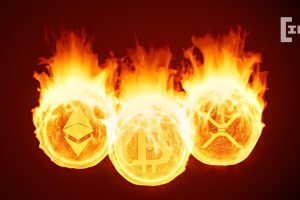 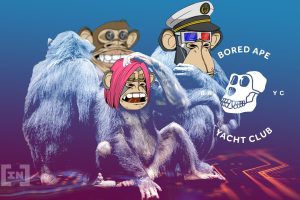 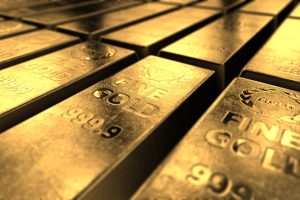